My year began with a trip to Texas and California, an experience dominated by fire. This was followed by a visit to the Carolinas and Virginia in March, which included a memorable stay with my dear friend and Magnum colleague David Alan Harvey in the Outer Banks.

I prefer to avoid the bright (and hot) summer months so didn't make another expedition until September, this time to North and South Dakota, Montana and Wyoming. This particular trip was in partial hommage to two of my favourite movies: Fargo, (Joel and Ethan Coen, 1996) the city where I landed, and North by Northwest (Alfred Hitchcock, 1959), famously set on Mount Rushmore and in nearby Rapid City, from whence I departed. Finally, in November, I made a journey from Cincinnati, Ohio, to New Haven, Connecticut, passing through several former mining towns in West Virginia - the heartland of President Trump's blue collar support - followed by brief visits to Maryland, Delaware and Pennsylvania.

Volume One of Good Morning, America was printed in the Autumn, but was pulped after damage to all the copies during binding. It was reprinted and finally published in early 2019.

Once again the picures are shown in chronological order. 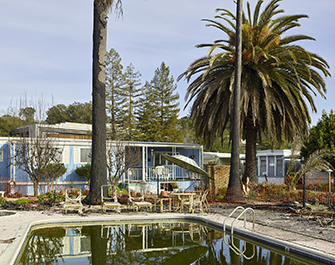