A reprinted Good Morning, America (Volume One) was finally published in March, followed by Volume Two in October. Encouraged by the general response, as well as the sales, I felt as if I were building something meaningful at long last.

Meanwhile, my visits to the States continued apace. In February I experienced severe storms and sub-zero temperatures in the Pacific Northwest (Washington, Oregon, Idaho), before a meeting took me to New York in April, and I spent a few days exploring the Bronx.

I was back in May, this time in California, where I joined several Magnum colleagues for the start of an ongoing group project, Linea, born in the wake of Trump's strongarm tactics to control immigration from Mexico. I shared a house in San Diego with part of the group, while others settled in Tijuana, on the Mexican side.

Finally, in November, I travelled through New England - Massachusetts, New Hampshire, Vermont and Maine - where, once again, I was met with heavy snowstorms and challenging temperatures. It was quite a year.

As usual the pictures are shown chronologically. 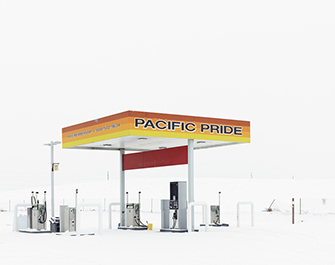