In Praise of... Gerry Johansson 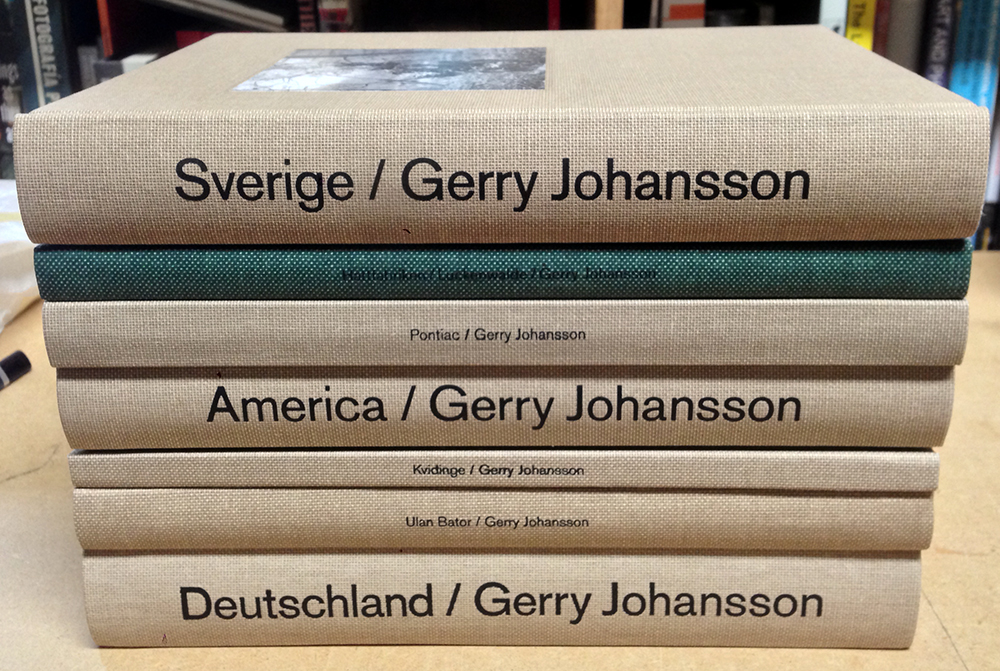 Last September, at the very impressive Si Fest #21 festival in Savignano, Italy, I met the Swedish photographer Gerry Johansson. I was there with The Sound of Two Songs; he'd been invited to show his Deutschland series.

We spent several hours together, roaming the many shows, swapping stories, sharing our love of 'quiet' photography and our mutual pursuit of beauty in the ordinary. I remember thinking it'd been a very long time since I'd met such a kindred spirit, and I like to think we reassured each other.

'Deutschland', twelve years in the making, was a huge show: About 100 pictures, all printed the same (modest) size and hung around the walls of the gallery in a continous straight line. Yes, I know... That sounds terribly dull, and if you were to walk round quickly that's exactly what you might have thought. But Gerry's pictures don't give much away to a swift glance; each one, beautifully seen and meticulously composed, requires time. Give it, and you'll be rewarded. I promise.

He told me he'd printed everything himself, using all sorts of bromide papers, some cold, others warm, but each one selected specifically for the content of each picture. He'd made all his frames too, each painted a slightly different shade of white to match the prints. Yes, really.

His pictures always contain something man-made but on the other hand are absolutely devoid of people. He goes to places he fancies, and wanders, armed only with his trusty Rolleiflex, its fixed standard lens, and a pocketful of black and white film. He looks for "things I like and can look at for a long time"... an apparently simple premise and a very welcome one in our (sometimes) conceptually saturated photographic world. But if you listen to Gerry talk you realise he's anything but niave. He's a man who's been around a long time and knows exactly what he's doing.

And then there's his sequencing. I'm always telling students to spend as much time editing and sequencing their pictures as they take to make them. But that Gerry... he (usually) just puts them in alphabetical order of place. OK, it's helps that there's no colour in the work, since it's less complicated sequencing monochrome pictures. But somehow, in Gerry's case anyway, his method just... works.

His compositions (or 'structures', as Stephen Shore would more accurately call them) are often remarkable. I worked with the square format, and in black and white, while making The Shipping Forecast. After four years I was sure I'd exhausted every conceivable way of arranging elements within that bloody square. Gerry's pictures prove me wrong of course; he's endlessly inventive in the way he uses that space, and almost makes me want to pick up my Mamiya 6 again...
Afterwards, by post, we swapped our books. There's a handful of people I do this with now. I received Gerry's all at once, and there they are, at the top of this piece, sitting in my office. I don't look at them everyday - far from it - but when I do I'm reminded of the joy of looking, of seeing, and how the most unlikely subjects can often make the most beautiful pictures.
Browsing the internet I came across his interview with Vice magazine, headlined 'Is This the World's Most Antisocial Photographer?" A strange, and deeply misinformed place to start a conversation. As you might expect, there's a much better interview with JM Colberg on his Concientious blog.
There are some photographers, some artists, who have helped me to see the world differently. Gerry Johansson's non-judgemental, deceptively simple celebrations of the ordinary put him firmly onto that list.
Do have a look.